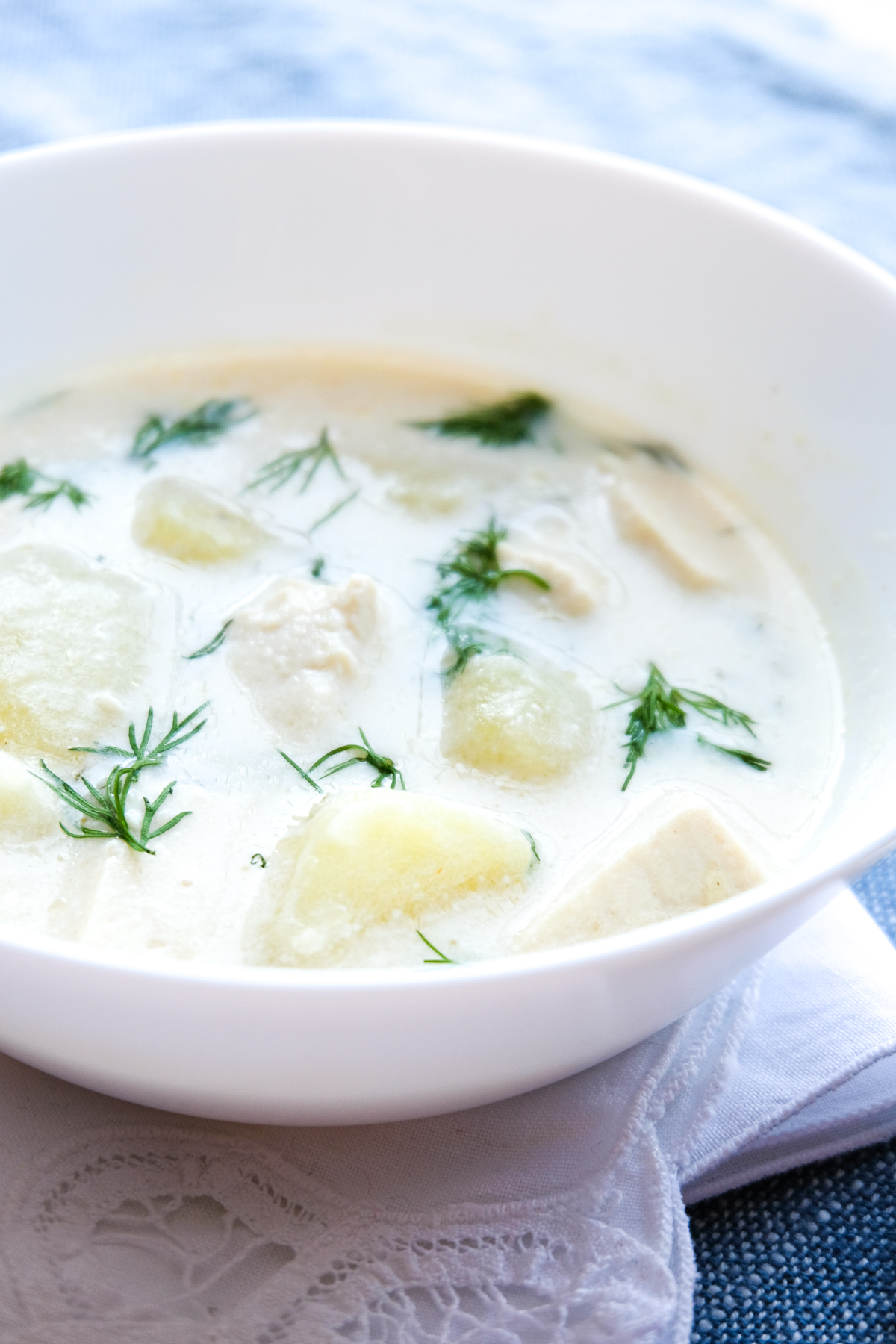 A comforting vegan soup made from potatoes and rich cashew cream, seasoned with fresh dill. Bite-size pieces of tofu blend in seamlessly and add extra calcium and protein, making it a healthy & delicious soup, perfect for colder months!

I created this recipe by accident after wondering if it would be possible to veganize traditional salmon soup. I originally learned how to make salmon soup from my mother-in-law in Finland: basically you just boil a pot of potatoes until tender, then add the salmon, cream, dill, and a fish bouillon. It’s a fantastic soup. But can you make it without fish? I decided to give it a try.

How to make Vegan Potato Soup with Dill

I replaced the salmon with pieces of tofu, and made the broth with kelp (also known as khombu) to give it a taste of the sea. I used cashew cream instead of dairy cream. Then I added a bit of olive oil to give it more richness, since salmon is very oily.

While this soup doesn’t replicate the flavor of salmon in any way, I was pleasantly surprised at the flavor. It has the creamy, comforting flavor of soups I grew up with, such as clam chowder or oyster chowder, LOTS of umami and of course, the lovely bright flavor of fresh dill. If you like dill, you will love this soup! I think the more dill you add, the better.

This is one of those soups that tastes even better the next day. And unlike fish soup, it lasts longer in the fridge – up to four days.

We eat this soup with slices of rye bread buttered with vegan butter. 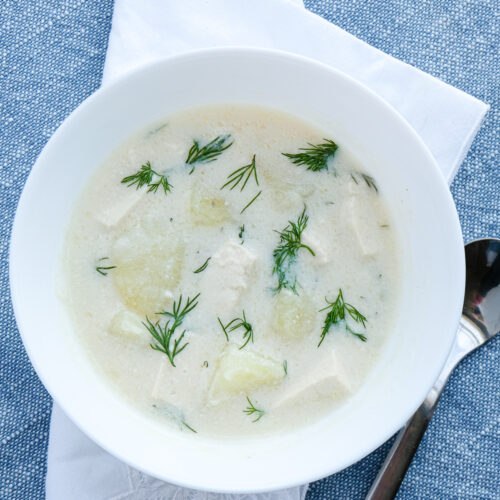 For the cashew cream

For the potato soup