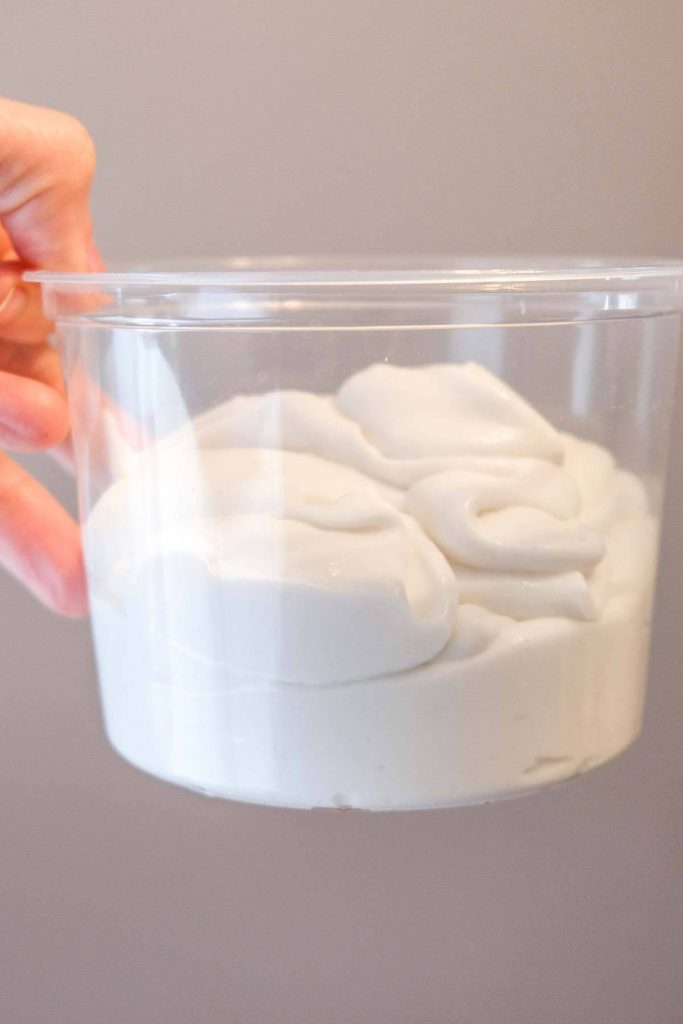 This vegan “cool whip” recipe is the perfect topping for pies, icebox cake, and pudding. It’s so easy to make and so delicious, you might be tempted to eat the whole thing alone!

This recipe will make about 2.5 cups of vegan “cool whip” style whipped cream. It uses coconut oil as a key ingredient. You should use refined coconut oil to avoid having a coconut-y taste.

I used an immersion blender to make this vegan whipped cream. First I blended it with the blade attachment, then after chilling, I whipped it using the balloon whisk attachment. 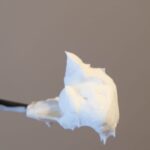