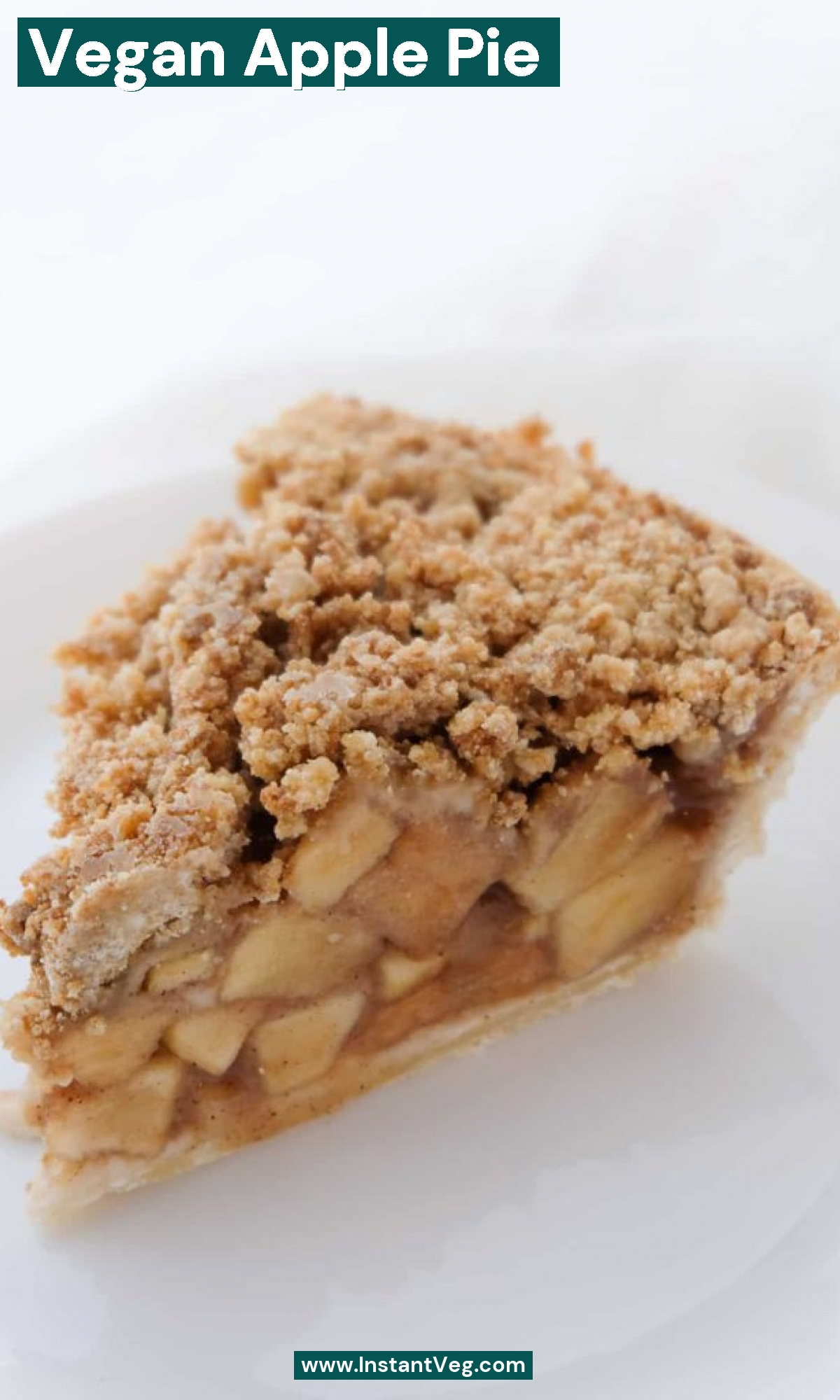 Did I mention that this apple pie is literally easy as pie to make? All you need to do is make the vegan pie crust and dump in your filling, followed by the crumb topping. The oven does the rest!

How To Make A Vegan Apple Pie 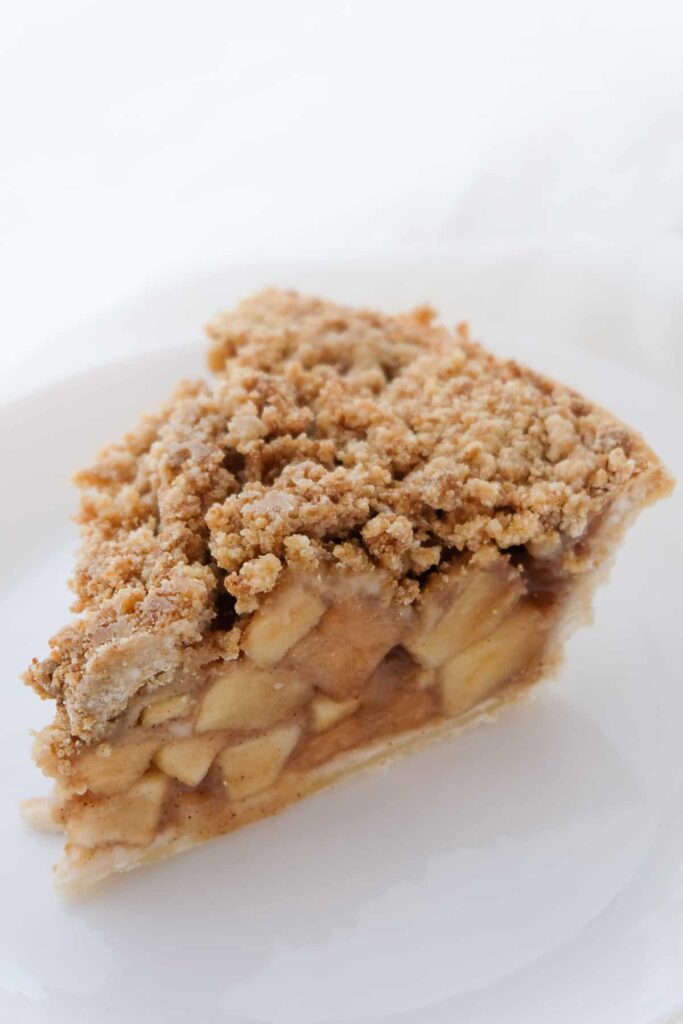 First start by peeling and slicing your apples. If you have a fancy peeler-slicer-coring machine, now is the perfect opportunity for you to use that!

But if you’re like me and just have a normal peeler and knife, that’ll work just fine too.

Slice the apples so they’re about 1/8th of an inch thick. You can dice them, too, but it’s better to make slices since the slices hold together better. This time, I wanted to use up some diced apples I had frozen, so I went ahead and diced my apples:

In a large mixing bowl, add the rest of the pie filling ingredients and mix well. They are all dry ingredients, so you don’t need to mix for too long, just long enough to make sure they’re evenly incorporated.

Next, pour the dry ingredients over the apples and stir the apples to coat them with the dry mix.

Dump the apple mixture into the prepared pie shell and sprinkle it with a little bit of water, only about 1 tsp will be fine.

To make the crumb topping, combine the flour, sugar, vegan butter, and cinnamon until a dry crumbly mixture is formed. Clumps should not be lager than a blueberry.

Pour the crumb topping mixture over the apples in the pie. If it seems quite tall, don’t worry because the apples will cook down and settle into the pie shell as they bake.

Bake the pie uncovered in a 300 degree oven for 60-70 minutes. You should put a cookie sheet in the bottom rack of the oven to catch any of the liquids that overflow from the pie so they don’t burn up on the bottom of your oven!

Once the pie is done, take it out and let it cool on the counter for about an hour. I recommend chilling the pie before slicing if it’s important to you that the slices stay intact. Chilling the pie will set it.

If you’re not worried about slices falling apart a bit, then you can serve it warm! It goes perfectly with my vegan vanilla ice cream.

If you’ve never had this kind of American style apple pie, I hope you enjoy it as much as we do. I normally make apple pie as a dessert for holidays such as Thanksgiving, Christmas, Independence Day, Easter, or any other special occasion when I have extra apples to use up.

This is the best vegan apple pie ever and it's very easy to make. It has a single bottom crust, loads of apples, cinnamon, and a delicious crumb topping.
5 from 1 vote
Print Recipe Save To Pinterest
Prep Time 10 mins
Cook Time 1 hr
Cool Down 2 hrs
Servings 8 slices
Calories 328 kcal
Author Shannon Hakala

For The Apple Pie Filling:

For The Crumb Topping

I’d love to see your vegan apple pie! Upload it to Instagram and tag me @InstantVeg.