This chocolate no-churn coconut milk ice cream is so delicious. If you were already buying dairy free ice cream, making this vegan ice cream at home will definitely save you money!

After learning how to make vanilla coconut milk ice cream, I knew the next logical step would be to make a chocolate version!

When I started making my own homemade ice cream, I used a blender. But, after buying a food processor, I find that the wider opening in the container and larger blade makes it a lot easier and quicker to make ice cream. 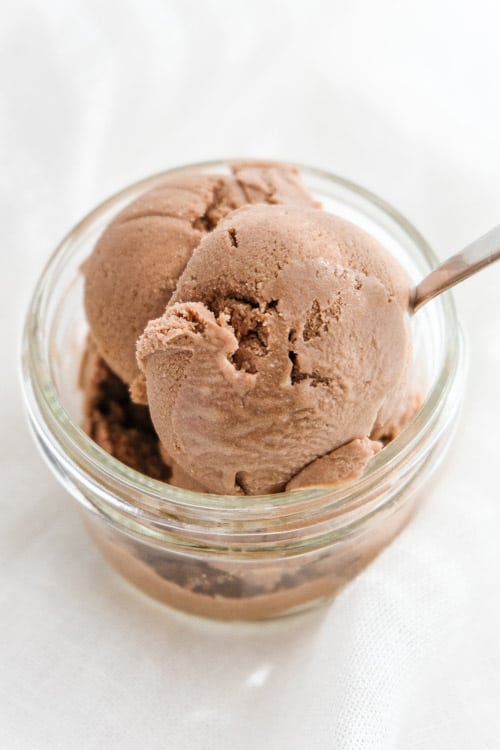